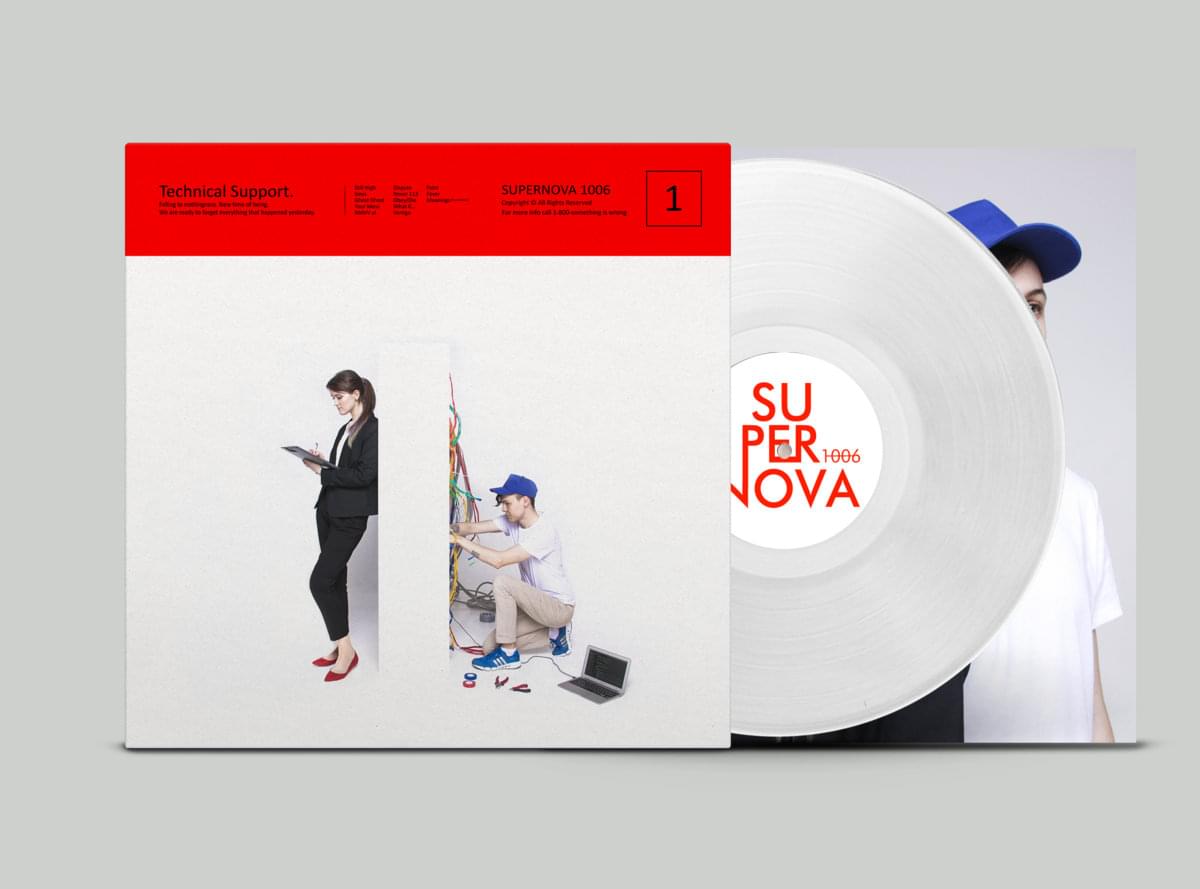 One of the brightest interstellar events in history was SUPERNOVA 1006. This is also the namesake of the Russian electronic music duo of Andrey Yukhovich (singer/songwriter/guitar) Elizabeth Dolgikh (drums/synthesizers), who are about to release their latest LP Technical Support.

The record, a worthy successor to SN1006’s previous outing Blackout, evolving into from Darkwave LP, into something more akin to what the crew on the BBC 4 series Skins would listen to, while maintaining a broad appeal ranging, catering to the aural tastes of Technoheads, Post-Punkers, and Industrial/EBM kids.

This, however, is a political record, exploring the looming fear of Vladimir Putin signing into law the “sovereign internet” bill, an Orwellian piece of legislation that would give the Russian government control over the internet in ways that would rival that of China’s.

Of this theme for Technical Support, Andrey, and Elizabeth explain:

“The main idea of the album was to describe the boundaries of ideas we are driven by the information field. Now any information has its limits and an acceptable qualification. Maybe you’ve heard that there’s no freedom of speech in Russia.

At the end of 2019 the country will begin to “separate” from the global Internet with all the consequences.

One big Russian firewall will “filter” and “prohibit”. Technical support – those who build this firewall. These are the ones who will limit the development of ideas and bury the unborn ones.”

Technical Support opens strong with the track “Still High” and its bombastic bass distortion techno beats. This leads into “Sinss” with its serpentine bass synth and irregular percussion.

“Your Mess” revs slowly into an infectiously seductive EBM beat, evocative of some of the recent output from Trent Reznor via Nine Inch Nails, while “NMVV at” is an unsettling barrage of unrelenting electro reiterations spinning like a drill bit.

“Dispute” is an unnerving melange of schizophrenic synth, comprised of both nostalgic undertones beneath a modern repetitive drone. This is followed by “Never”, which is dark, kinetic, with haunted house synths, evoking Alice Glass once again.

The next track “Obey/Die” is a demonic interlude of screeches, bass, and percussion, while “What If” is more slow, anxious, with a slightly deranged aural psychosis underlaid with surreal synths and a pulsing beat think the tapping of nervous fingers on an armrest.

“Vertigo” spirals into the vocal rhythms of Reznor once again, floating beneath a churning sea of post-industrial techno madness. This gives way to the spectral post-punk cavalcade of “Faint”, that is relatively calming before the onslaught of electro-clash frustration that is “Fever”

The album closes with epic “Meanings” (feat. pulseCoder), which segues masterfully from its slow metallic vibrating intro has a classic sci-fi feeling, not unlike that of the classic Ron Grainer Dr. Who theme. This gives way into a brilliant industrial techno liturgy that slips in a brilliant droning post-punk guitar riff over it’s conjured synthesis.